#52 Speeding Up the Web with AMP 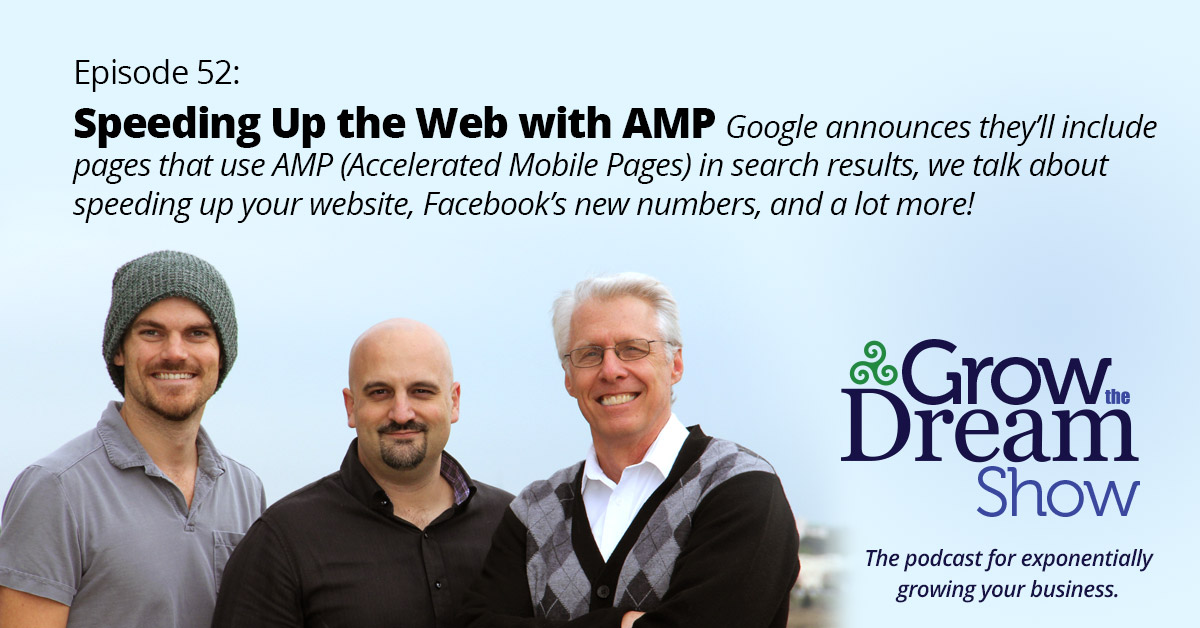 What’s the most common complaint for people clicking on a web site? It loads too slow! Well AMP is looking to change all that by creating a master library of java scripts that will avoid constant re-loads among other things. It’s an open platform and sites using it do load very fast. But is there an issue with AMP being Google, which is always playing the long game? Also, we discuss the top news sites that are just killing in market share, which you may never have heard of.

Live streaming of our show coming soon this Friday, February 5th! Visit GrowTheDream.com/live to get notified!