#55 Apple vs. the FBI: An Epic Battle in Essential Liberties 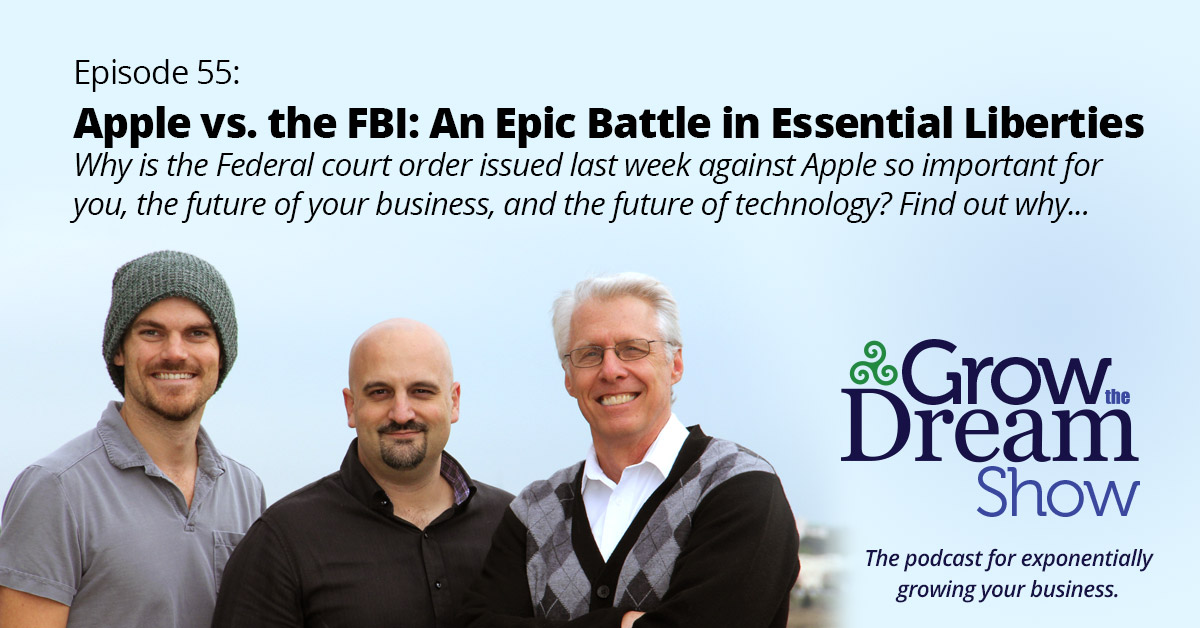 A little different episode today, but critically important for all of us. Apple is fighting the FBI’s demand that the company create malware to break into the iPhones of the San Bernardino killers. A judge has ordered the company to do it but Apple is looking to appeal that and Google is publicly siding with Apple. It’s important to understand that the government cannot simply obtain a search warrant because Apple itself doesn’t know, or have the ability right now to know, what data its customers store in the private areas of their iPhones. This is a straightforward constitutional issue and comes down to this question: Do we want to exchange essential liberties for a little safety? Benjamin Franklin gave us insight on that question. This is an important episode.

Watch this episode of the Grow The Dream Show on YouTube.